I almost bawled my eyes out in a Honda Service Center back in December. I didn’t end up shedding a tear, but the possible embarrassment would have been well worth it given the incredible love I was shown. The love didn’t come in the form of a free oil change, but a Christian pamphlet titled, “Heaven or Hell: Which Will You Choose?”.

The pamphlet wasn’t lying around the service center, but was stealthily dropped through my window by the vehicle attendant. I had seen this gentleman during my last visit to the service center and remembered that his English was limited. When he gave me the ticket, he saw my Bible in the passenger seat, pressed his body against the window, rummaged in his pocket and dropped the pamphlet through.

Without getting into the question of whether or not his efforts were the wisest, let us consider, that the little this man thought he could do for the the sake of souls, he did do. That his good intentions manifested in good efforts and that he valued my soul more than his comfort and job security. For this act he is more likely to face penalty and criticism from his boss than the praises of man. On this side of eternity he will likely never know that this Voice of Grace was inspired by his love for my soul and his Savior.

Saints, despite our limitations, whatever they may be, let’s prepare our hands to do some good for the King. Let us not wait for a big stage or a large Bible study to instruct, but instead set our hearts on those right before us. Let us not wait for the masses to join us, or for the “influencers” to validate us before we obey the commands of Holy Scripture.

With that in mind please consider these thoughts regarding the topic of personal effort for our King; 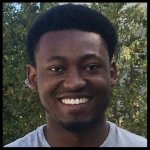